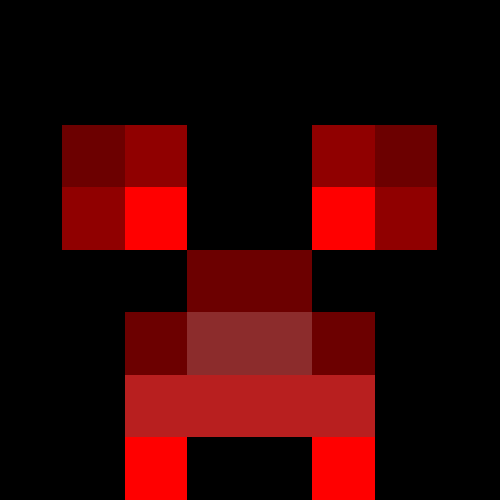 To those not on the BNMC Discord server, you would be unaware of what has been going on with the Blockade Network Minecraft server. So, I think that it is finally time to discuss the future of the unpopular server.

I will first start off by saying that like many people, I don't have a lot of free time anymore since the USA is starting to finally come back to normal where I live. Because of this, I have been unable to put enough time and effort as I did back in March through July. I will say that those months were the peak of the server because that was when people had time to actually play some Minecraft, and back then we actually had many server options from people to choose from. I was originally starting this ambitious Minecraft network with a group of 4 other friends of mine, but since then, they have not had any response in regards to the Minecraft network. Because of this, no one was willing to pay the bills and I was the one stuck with it. It wasn't entirely their fault since I was the one who had to manage the backend and I did make some server upgrades with the intention of more players, but the player activity on the servers never really increased as much as I hoped.

As I have already said on the forum, I have shut down the KitPVP 2.0 launch, along with shutting down SkyBlocks, Anarchy, and Mysterious Survival. However, since then, I have shut down Factions and am only keeping the Creative server online, because that was the most voted server on the Discord server. This is the only way that I can still keep working on something that I really would like to keep alive, but can also keep me alive and providing for myself, as I have no stable income. I am not old enough yet to get a real job.

The Creative server will at least remain online for the next three months and I have the intention of remaining to pay for it after, as I have already renewed the annual payment for this domain as well. The name of the server will not change, but will further be referred to as Blockade Creative, and not so much as Blockade Network/Blockade Networks. All "network" names will only refer to the origins of the server but will mean the creative server.

I truly am sorry for letting people who were actually excited (and yes, there were people) down. I really never thought it would come to this so soon. It is close to being a year since I originally came up with the idea for a Minecraft network. I am very devastated by the outcome and I really don't want to be doing this.

More updates on the way, but I am always appreciating any support that I can get. Anyone interested in helping out can join our Discord server and open a ticket mentioning that you are able to help out. I will then initialize the proper procedures for getting you ready.

Once again, thank you to the people out there that really believe in the server. I am sorry that I let it get to this.